Congratulations to Hugh.  Click here to see the cartoon and caption.

It was so tough for the judges this month, they needed to make special mention to this entry from Troy

Runners up (all in no particular order):

…And all the other submissions (all in no particular order):

Competition #4: Create a cartoon caption for the Bill and Ben (the little green alien men) cartoon below

Prize: Printed copy of the cartoon, hand signed, with your winning caption. 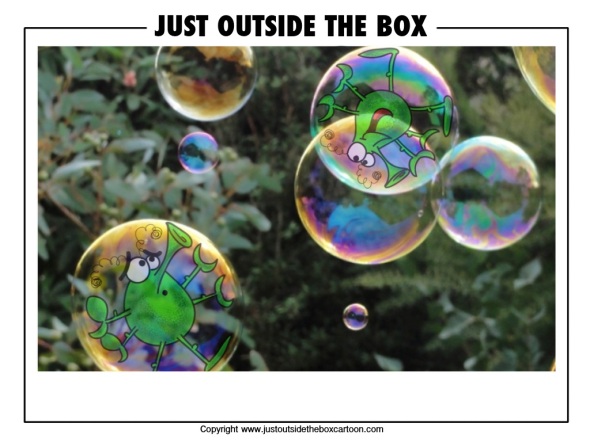 So what are you waiting for? Start entering by ‘Leaving a reply’ below.